Outline of the Brighton Photography Project

Intent
I’ve started this blog to document the photographic project on Brighton, UK that I started in March this year.

I intend to draw and build upon my knowledge and experience of the town to carve out a distinctive section of photographic space and time.

At the end of the project, around October this year, I aim to have a coherent set of photos in the street photography tradition that evokes a very definite sense of place. I have deep links to the town – I lived in Brighton for several years in the 1990s, and grew up nearby – so I have many experiences and roots draw on.

About Brighton
Brighton is a vibrant seaside town on the south coast of England, with lively student, counter-counter, "alternative" and lesbian & gay scenes. It has two universities, two piers, a bizarre Pavilion, and a football team on the verge of promotion to the Premiership. Along with its more genteel neighbour, Hove, it makes up the city of Brighton & Hove.

Brighton is a popular day-trip and weekend destination for Londoners, being less than an hour from the capital by train. In the summer it is heaving with day-trippers, stag parties and holidaymakers. Often referred to as London by Sea, it has also been described as Skid Row on Sea and A Town Permanently Helping Police With Their Enquiries. To me, it is one of the most interesting and characterful places in England.

Looking at photographs from the town on the Internet – the biggest Brighton Flickr group, for example – the many keen photographers resident in Brighton seem to photograph mainly the seasidey, touristic aspects themselves, such as the main Brighton Pier and the same obvious, spectacular, shiny bauble things that tourists photograph. When it comes to photography, many locals seem to act like day-trippers in their own town, ignoring everyday scenes and experiences. This is another incentive for me to step outside of the photographic clichés of Brighton.

I’m interested in making a collection of peopled and non-peopled photos that give a sense of place, rather than a bunch of good photos that happen to have been taken in Brighton. Photographs that together say something about Brighton as I know it, hopefully in a subtle way. I think that Brighton is compact enough to distil something of its essence into a single set of photographs, whereas pinning down, say, London is more problematic. 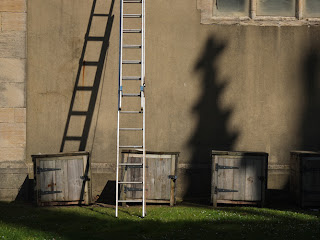 I’m making a road trip round the town, on foot, if you like, and my wanderings include the areas I think of as the central shopping areas, Kemp Town, Western Road, London Road, Clifton (Montpelier et al.), Hanover, Seven Dials, the beach, and the Marina. I’m recording the GPS data of all my journeys and delving into aspects of history via the two Encyclopaedias of Brighton (by Carder and Collis) to immerse myself more deeply in the psychogeography of the place.

A sample of photos from the first 2 months can be seen here:

Practicalities/modus operandi
Brighton is a 3.5-hour train journey – connections permitting – from my home in Weymouth, and so is just commutable in a long day-trip. I’ve made a dozen visits so far with the express purpose of photographing Brighton, usually arriving in the town at around 10.30 am and leaving at 6.30 pm. In all, I plan to make about 40 trips, finishing around October this year.

I’m using the digital compact Fujifilm X10 for this project for the simple reason that on the first few visits in March it was the only camera available to me, as my SLR was out of action. The X10 has its limitations and specialities, but limitations can be interesting to work with. Sticking with one camera makes its easier to obtain a consistent look. 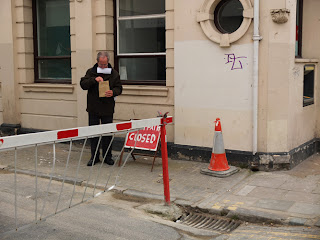 About me
Paul Russell is a full-time photographer working on themed projects. For details of exhibitions and publications please visit http://www.paulrussell.info/about.html