Brighton Belongs to Me book dummy

I made some dummy books for the Brighton project and sent them out to a few people, including Brighton friends and influential and knowledgeable people, like Martin Parr. 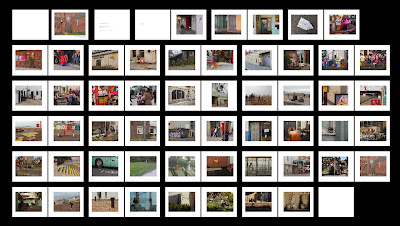 After some deliberation, I've edited my Brighton photos from March to October this year down to a set of 53 photos. 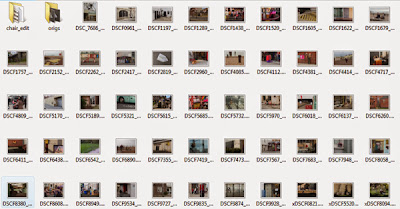 I'm quite happy with the consistency, feel and balance of the set. Not surprisingly, as the project progressed, new themes presented themselves in addition to the ideas I had at the beginning of the project.

I have also now made a provisional sequence and dummy book.

Posted by Paul Russell at 12:56 PM No comments:

"Brighton is not exactly England. I have always felt at home here."
Quentin Crisp

"...even shimmering in the rain Brighton looks like a town recovering from a multiple orgasm."
Julie Burchill, Guardian article here

“Brighton is very nice, but I'm not sure about the sea. I think the sea is a mistake. I mean, what does it want, banging and crashing away on the shore like that all day?”.
Quentin Crisp

And probably most famously

"Brighton is a town that always looks as if it is helping police with their inquiries."
Keith Waterhouse

Posted by Paul Russell at 3:35 PM No comments:

Extract from a recent application:

"From a photographic point of view, I’m not so interested in the tourist-eye view of Brighton – the seaside piers, amusements and traditional entertainments are already well documented. I’ve tried to avoid the obvious, spectacular, shiny bauble subjects much photographed around the beach. Instead, I’m looking for a more resident-eye view – the everyday experiences and scenes that make Brighton distinct from other seaside towns and from other non-seaside towns. The city behind the seafront.

I’ve tried to capture a certain seedy dilapidated glamour that I associate with the town but haven’t seen addressed via photography. As the project has evolved, I find myself coming back to Keith Waterhouse’s phrase that “Brighton is a town that always looks as if it is helping police with their inquiries”.

Posted by Paul Russell at 4:19 AM No comments: 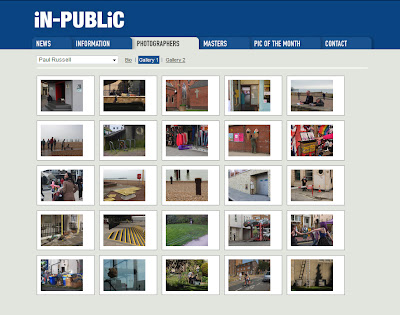 I've updated the first of my two In-Public galleries to show a small selection of my Brighton photos from this project.

I've included mainly "standalone" shots - and few unpeopled - in keeping with the general In-Public galleries ethos, as I understand it...

The gallery can be seen here: http://www.in-public.com/PaulRussell/gallery/93

Saturday, 3rd August was visit number 27, which coincided with Brighton Gay Pride (more about this later). I’m now up to around 80 contenders for a final edit (of around 60?) and am quite happy with how the project is progressing. I’m unsure about how much of this to foist onto the web before I have a final edit.

I’ve had less success shooting on these sunny summer days – because the harsh light is more difficult to work with technically with my little camera, and because it sometimes doesn’t fit in with the gloomier look of the majority of the photos I have so far. Gloomy was the look I was going for, primarily. When I arrive on a bright, clear day, I am on the look-out for roads – or sides of roads – completely in shadow. For that nice, dull, flat look I've spent my time avoiding the unforgiving Brighton sun.

In Kemp Town a friendly stranger came up to me, unbidden, and advised me to get off the “main drag” and explore the twittens (a Sussex dialect word for alley). I replied that this was an excellent idea but more or less the strategy I had been using. Uncanny. All sorts of things go on up the narrowest roads that are completely in shadow. (Of course, Brighton's most famous alley is the one in Quadrophenia one where Phil Daniels "romances" Leslie Ash.)

I’m easing up on shooting in August mainly because the weather is too good, and will restart the visits in September for a finish some time by the end of the year (40 visits has a nice ring to it). This August shooting hiatus will give me more time to type some random thought about Brighton here. And more time to take stock of what I’ve done so far.

So, August – less photographing, more thinking and writing.
Posted by Paul Russell at 4:06 AM No comments:

June visits: fighting against the light